A variety of problems, including food, stress, and autoimmune disorders, may cause hair loss. However, age and life cycles are one of the most prevalent causes of hair loss. Men and women may have hair loss, but they don’t always feel the same way. In this article, you will learn the difference between male and female hair loss. And why women hair transplant is needed to get rid of hair fall.

Hair loss in men and women:

A genetic disorder known as androgenic alopecia is the most common cause of hair loss among men and women. Androgenic alopecia is a hair loss condition due to Fluctuations in male hormones known as androgens, particularly dihydrotestosterone (DHT). This hormone is used by both men and women to prevent the growth of hair and other systems in the body.

Hair develops out of the scalp’s follicles. After a few years, hair development should cease and hair should live for several months in the resting period (a phase of the hair growth cycle.) until it drops off. The growth cycles of hair can shorten when androgens start to affect follicles, resulting in hair loss faster and new growth slowed.

Androgenic alopecia often refers to diminishing follicles over time. When new hair develops from this follicle, it can be thick or fuller than normal.

Androgenic alopecia is mainly associated with age. As per research, almost 60% of males experience this type of hair fall in their 50s, whereas women suffer hair loss mostly after menopause.

Different forms of hair loss are caused due to several reasons, let’s see what the reasons behind and how a person can get rid of this condition.

Androgenic alopecia in men also triggers male pattern baldness and contributes to a decrease in the hairline, and eventually to an “M”-shaped hair regression. Androgenic alopecia in some men causes complete baldness. In men’s lives, baldness in males may start fairly early. But most people who have this form of hair loss experience severe losses after they are 50 years old.

In women, it is also called female hair loss, but in women, it is distinctive from men. In women, hair loss is much more diffuse than the front or head crown. Your hair looks more slim than bald. Most people have an enlargement of the hairline because of thinning as their age grows. A few women suffer baldness owing to women’s hair loss. The effect on women in younger years is also androgenic alopecia (whereas hormone level has shifted due to reduced estrogen levels), but it is much more noticeable after menopause.

Note that is natural and prevalent in both sexes, but just in males, as you encounter hair loss. There are ongoing studies of male, female, and androgenic alopecia. To date, early warning is the only approach to tackle this. Hair transplantation is a very good choice of treatment. If you begin early in our clinic, the treatment options are more efficient and affordable. 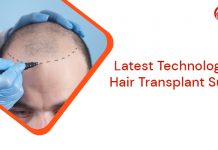 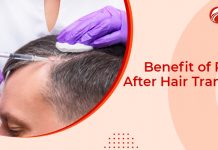 How is it beneficial to get PRP therapy after a hair transplant? 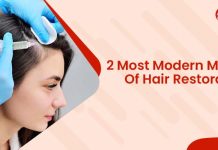 Which are the two most effective and economical hair restoration treatments?